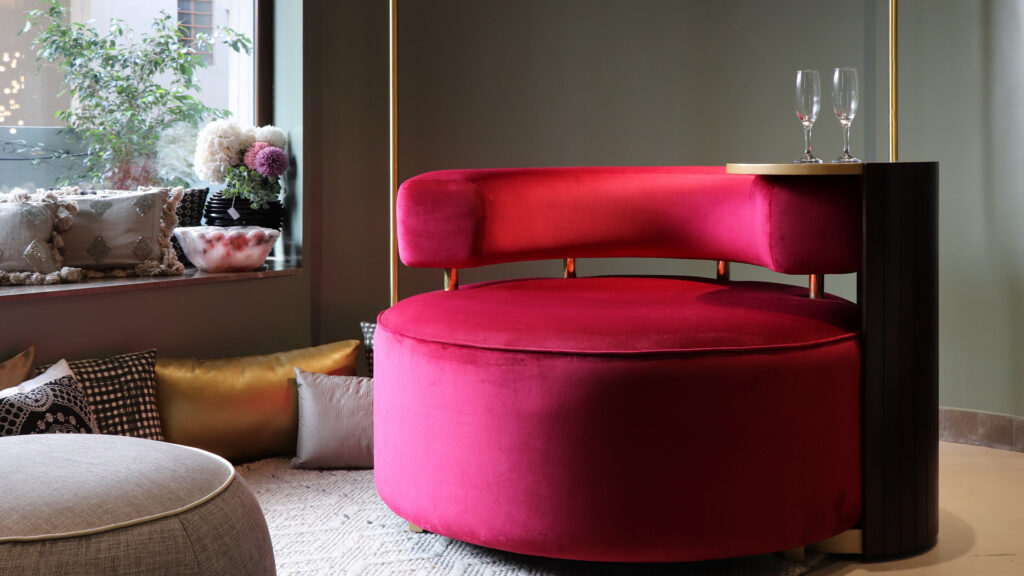 Is Jaipur the latest hub for contemporary design in India?

The Pink City is asserting itself as a major hub for new-age design. A look at Jaipur’s renaissance. By RIAAN JACOB GEORGE

It is a fine afternoon in Jaipur as I sit in the aptly-named Bistro Quaint in the heart of the plush Civil Lines neighbourhood. Here’s what I notice—a chic, minimalist decor with cool design accents, packed with well-heeled patrons gulping down smoothie bowls and avocado toasts with gourmet espressos. I could be anywhere: Mumbai, Melbourne or New York. Except that this is Jaipur. And this is just the tip of the iceberg when it comes to stylish spaces in the city. In fact, Jaipur, in recent times, has become a hotbed of cool, with concept stores and design spaces being founded by a young breed of contemporary designers and entrepreneurs. The Jaipur aesthetic that we have grown accustomed to over centuries—read jharokhas, phool pattis, latticed screens and block prints—have given way to a drastically new narrative. In my mind, I coined the term neo-Jaipur aesthetic: Something that is modern, minimalist and truly international, yet rooted firmly in Rajasthani heritage.

Bistro Quaint sits on the mezzanine of a very avant-garde structure, which houses the Hèrmosa Design Studio. The brand is largely focussed on home decor, furniture in particular, which almost defiantly eschews the traditional Jaipur design narrative. We get chatting with the young entrepreneur behind Hèrmosa, Pranjal Agrawal, who tells us that his design studio employs the very same traditional craftsmen to make the furniture, but with a modern aesthetic. “The furniture that we make is primarily for the Indian market. Indians, in general, are appreciating a more international look. Therefore, our craftsmen work with furniture designers, who have global exposure to trends.” I walk through Hèrmosa’s candy-coloured rooms showcasing furniture and decor items that could rival the best design stores in Paris or Milan. An interesting fact is that the studio’s manufacturing unit, located in nearby Kota village, is a 3,00,000-square-foot, ultra-modern glass and metal structure, which is in itself a design feat. “Our craftsmen have been equipped with the best of modern machinery, and acquainted with international design trends to create versatile products,” Agrawal tells us.

At the other end of town, Yogesh Chaudhary of Jaipur Rugs, has managed to establish a truly global brand, catering to international HNIs, royalty and heads of state. Chaudhary says, “Jaipur has always been good at design. In the last decade or so, designers in Jaipur have been working with international partners. A lot of foreign design specialists have come set up shop here. That has changed the dynamic tremendously.” His sister, Kavita Chaudhary, Design Director of Jaipur Rugs, has been collaborating with European designers regularly. The brand works with rural (female only) weaver collectives. “From making traditional Jaipuri rugs with 30-40 colours, we had to train our weavers to the international sensibility of using three to four colours on one rug,” says Yogesh.

He is constantly pushing the boundaries of design in Jaipur. He will soon be launching an experiential centre at Jaipur’s Hotel Narain Niwas Palace, where art installations and unique home decor pieces are innovatively showcased. “The idea is to push the boundaries on how you see rugs and what role they can play in home decor as art pieces,” he says.

A relatively new entrant on the block is linen. Entrepreneur Nimit Singhi’s brand new venture Live Linen is a far cry from the traditional bed linen that is associated with this city. “We have brought minimalism in linen to the fore. We want to change the clichéd local aesthetic and keep detailing to the minimum, limited to the edges in bed linen, for example,” says the designer, who launched the brand in October 2020. “Bringing together linen and block prints is something new. These block prints, too, are being approached in a modern way.”

The power couple of Jaipur’s modern design scene, Ayush and Geetanjali Kasliwal, collectively run two rather disruptive houses. AKFD, which specialises in furniture, and AnanTaya, which is all about decor, fashion and lifestyle items. The latter, Ayush tells me, focusses on craft and culture, where they work with traditional craftspeople, but reinterpret it in a new vocabulary.

Is this neo-Jaipur aesthetic and breaking stereotypical design narratives, something that the Kasliwals have consciously spearheaded? “Everything that we do is contemporary. We are not breaking stereotypes. We are merely building on the existing heritage to change the narrative,” Ayush highlights. “Jaipur is a fascinating place, which was founded with the karkhanas. The same thing continues, but we are just welcoming new perspectives.”

When Colombian designer Virginia Borrero De Castro came to Jaipur seven years ago, she tried looking for clothes that she could carry back to her country. She found stunning pieces, which were relevant in the Rajasthan context, but these pieces would not translate as fashion in another country. This led her to set up Parampara, one of the city’s trendiest concept stores, housing her own fashion label De Castro. One look at both Parampara and De Castro’s Instagram feeds is enough to indicate just how focussed Virginia’s design narrative is. “De Castro is the quintessential Indo-Western brand. We specialise in South American fits with Indian elements of handmade details, fabrics and embroidery.” Virginia, whose label is four years old now, also evokes a sense of colour that Indo-Western brands often miss out on. “Many fusion brands end up using such dark or sober colours that they lose the Indian charm. Colours are a constant in my work. Jaipur may be known for its block prints, but I feel they do not inspire as much as, say, khadi or ikat,” says the designer.

The next few years are going to be crucial for the Pink City. As more design professionals make it their home, the landscape is likely to become even more dynamic. Ayush Kasliwal concludes, “Jaipur will, in the future, showcase what we, as Indians, enjoy. It is poised to take design and craftsmanship to the next level. Many young people are coming to Jaipur to set up enterprise, while also working with international designers. In a way, we are going to be at the same level as Paris and Milan soon, I would say.”

Related: Take a trip to Lucknow where culture meets royalty