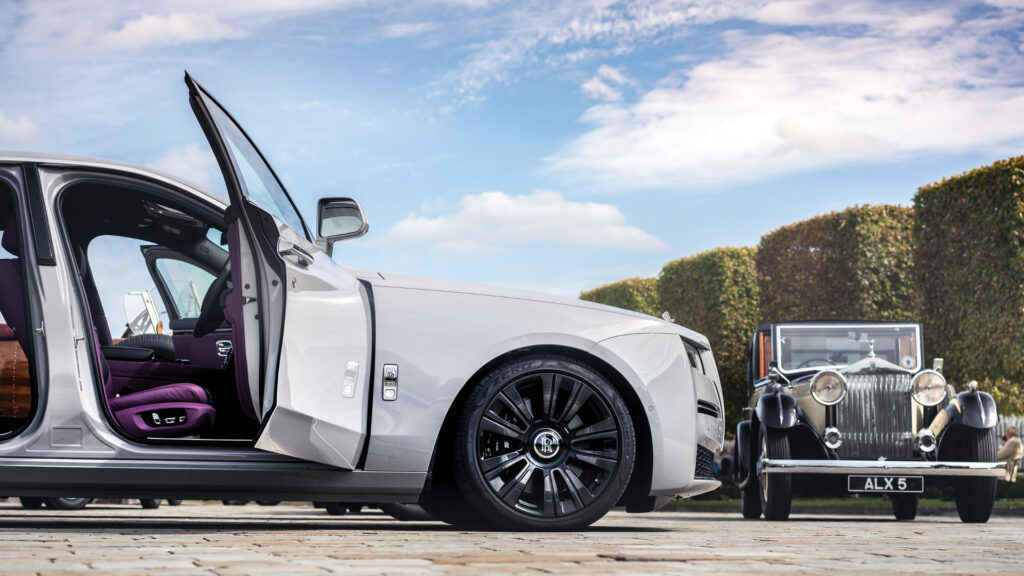 Discover How Design Plays An Important Role In Luxury Automobiles

A look at how global carmakers are decoding new design elements that truly impart an aura of luxury.

My first impression of luxury on wheels was created long before I became a standard fixture in the world of automotive journalism. In many ways, you could say that I was acquainted with the idea even as a child looking at (and longing to drive) my grandfather’s 1936 Rolls-Royce 25/30HP. At the time, I had no idea what the shiny wood on its dashboard was called. Yet, I knew that the shape and silhouette of the long and stately saloon conveyed pure luxury. So, what was it about the RR that exuded luxury the moment eyes were laid on it?

Years later, at the India launch of the Volvo S90 saloon, it suddenly struck me that there was something about the car’s design that reminded me about luxury more than any of its other attributes. Unable to put my finger on it, I sought help from the good chaps at Volvo. A fairly large wheelbase, clean lines, a longish bonnet and a short boot, go into creating a silhouette that conveys luxury and class, I was told. It was then that the penny dropped and all the shapes began to make sense, whether it was the Mercedes-Benz S Class, the BMW 7 Series, the Jaguar XJ or the Audi A8. That combination of factors is probably also the reason why GT cars like the Aston Martin Vantage, the Maserati Ghibli or the Ferrari 812 Superfast look more luxurious than the McLaren Senna, the Ferrari LaFerrari and the Lamborghini Huracán Performante. Come to think of it, these attributes are a standard feature of all Rolls- Royce saloons, Bentleys and Mercedes-Maybachs too.

“A car’s silhouette gives you the first impression of the vehicle,” says Gorden Wagener, Daimler AG’s chief designer. “First of all, it is the sculpture of a vehicle and its proportions that convey luxury. A vehicle must have as many seamless transitions as possible, to give it the appearance of being sculpted out of a single element. Lines must be clean and uncomplicated, but a distinct character should be given,” he adds.

The aspiration to create visual luxury, in fact, exists across the automotive spectrum. A few years ago, Korean auto giant Hyundai created quite a buzz with its Fluidic Sculpture Design philosophy. According to the company’s own literature, the idea wasn’t just about using a curvy styling; it was more about endowing an automobile with an artistic spirit.

Meanwhile, Hyundai’s sister manufacturer, Kia, seems to have put its faith in key elements to create that aura of luxury than simply a classy silhouette. If you recall, much brouhaha was made about the brand’s signature tiger nose grille that now adorns both the Seltos and the Sonet. It even adorns the face of the very classy looking Stinger GT Jewel. Furthermore, tasteful interventions of chrome and contemporary design lines are used to create an aura of modern luxury. This whole notion is now set to take a quantum leap forward, with the brand having recently revealed its new design philosophy—Opposites United.

Another brand that has made great strides in presenting luxury through its design is Skoda. Oliver Stefani, head of Skoda Design, had once declared that the Czech carmaker’s team was always trying to create an emotion with its design language. A single look at any of the Skoda products of recent years and you would be left in no doubt about that statement, whether you talk of the Rapid, the Kodiaq, the Superb, the Octavia or the latest, Kushaq. Each of these chic products bring together modern elements like jewelled headlamps and tasteful inserts of bling coupled with simple lines, a long bonnet and a short boot, to create an impression of visual luxury that is quite unique.

In today’s world, a luxurious interior isn’t merely about yawning space, thick carpets and plush upholstery. It is also about creating a visual impact. “Every surface you touch must be high quality, with an attention to detail, fit and finish. We like to create vehicles that offer a treat for nearly all senses. On the other hand, high-tech elements like our MBUX system, give luxury a whole new meaning,” says Wagener about the Mercedes-Benz cars.

Take Volvo’s floating waterfall-like centre console design or its rimless rear-view mirror or the bejewelled engine starter button. Or you could take the Range Rover Velar’s butcher’s slab touchscreen interiors. In the more affordable segment of the Hyundai, Kia and Skoda, too, you will realise that the visual impact of the cabin’s design often tells you whether a car is luxurious, sporty or simply businesslike.

The examples are numerous, but none have perfected the art of creating luxury on wheels quite as well as the legendary British marque Rolls-Royce. Michael Bryden, the company’s lead bespoke designer, says that their inspiration comes from a different world altogether. “A Rolls-Royce goes far beyond just being a car. It becomes a lifestyle enhancement, a highly personal and expertly executed vision. And we look at other modes of super-luxury travel, from private aviation to superyachts, or even at the worlds of art and haute couture for inspiration.”

As we move into the future, evolving technology will decide the direction that automotive design will take. “We have always designed cars from the outside moving inward. First, we focus on what vehicle segment the model is to be positioned for and what engine drives that segment, followed by the vehicle body and, consequently, the exterior design. The interior designing comes at the very end,” says Marc Lichte, head of Audi Design. “For us designers, the interior is the new design nucleus of a car. In the future, the cars will no longer be designed from the outside in, but from the inside out. It is a 180-degree turn,” explains Lichte.

The story could go on, but Wagener best sums up the relationship between design and visual luxury; “We have been working with the design philosophy of Sensual Purity at Mercedes-Benz since 2009, continually evolving it as part of an ongoing process. This philosophy encapsulates an essential aspect of our brands—the bipolarity of intelligence and emotion.” That is what it is, in a nutshell. The coming together of tradition, contemporary spirit and desirability. And with that, the penny drops.

Related: Here Are 6 Gadgets That Will Spark Your Creativity!